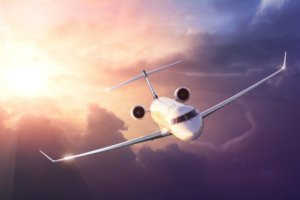 Next time you’re on a Delta flight, you may want to instruct your children not to itch their heads while in public. A few weeks ago, sports analyst, Clay Travis wrote on his website about his stressful experience with Delta Airlines after his family was kicked off their flight because his 6-year-old son had head lice.

“While he was standing in line for the bathroom, my six year old started to scratch his head. My wife checked to see why he was scratching his head and saw then that he had lice. Several flight attendants rushed over too and peered down at my son’s head. ‘Oh, my God, he has lice,’ they said.”

Travis’s wife came over to him to tell him what had happened and to inform him that the flight attendants informed her that when the plane lands in Minneapolis for their connecting flight, they aren’t allowed to leave the plane because their son has lice. That seemed strange to Travis so he grabbed his laptop to look up any such policy. He found nothing about this but came across the CDC’s recommendations for children with head lice at school.

“Students diagnosed with live head lice do not need to be sent home early from school; they can go home at the end of the day, be treated, and return to class after appropriate treatment has begun. Nits may persist after treatment, but successful treatment should kill crawling lice.
Head lice can be a nuisance but they have not been shown to spread disease. Personal hygiene or cleanliness in the home or school has nothing to do with getting head lice.
Both the American Academy of Pediatrics (AAP) and the National Association of School Nurses (NASN) advocate that “no-nit” policies should be discontinued. “No-nit” policies that require a child to be free of nits before they can return to schools should be discontinued for the following reasons:
Many nits are more than ¼ inch from the scalp. Such nits are usually not viable and very unlikely to hatch to become crawling lice, or may in fact be empty shells, also known as ‘casings’.
Nits are cemented to hair shafts and are very unlikely to be transferred successfully to other people.
The burden of unnecessary absenteeism to the students, families and communities far outweighs the risks associated with head lice.
Misdiagnosis of nits is very common during nit checks conducted by nonmedical personnel.”
After the plane landed, the Travis family was told they would not be able to take their connecting flight home.

“In fact, we remained quarantined on the plane and the airline brought two medical people onto the plane too. I don’t know who these people were or who employed them, but they said, “We need to examine your children.” This seemed strange to me — is it really airline policy now to conduct physical examinations of six year olds? — but all they wanted to do was take my kids temperatures. My kids were both healthy so I said fine and they took the temperatures and neither of the older boys had a fever. (Good luck getting my two year old to submit to a temperature check, by the way.)”

The Travis family finally exited the plane and spent the next hour and a half standing in customs. While they were there, the same nurse returned with a different medical person and asked them to leave the customs line. They insisted on giving the 6-year-old a medical exam right there in the customs area.

“I said that I didn’t want to submit my six year old to a medical exam and she said if I refused then we were not allowed to get on our next Delta flight. At that point what options did I have? So someone in gloves starts combing through my six year old’s hair in the middle of the customs area.

It was once again confirmed that their child had lice and they were told to leave the airport immediately and not return until they had a note proving they had all been treated. According to Travis, they suggested that his family go to the emergency room.

In the conclusion of his post, Travis wrote “If the CDC recommends schools not send home kids for lice — and the present policy is moving towards never sending kids home at all — shouldn’t an airline let a kid complete his travel home with his family? After all, isn’t his lice as much of an issue in all public venues like subways, hotels, and taxis? Furthermore, what would an airline do if they discovered a kid traveling alone had lice? Are they really going to refuse to allow a ten or 12 year old to complete his connecting flight? Are they going to put him in a hotel by himself? What if a child was part of a school group? Does the entire school group get held behind? Are you going to insist a teacher keep a minor child in a hotel room over night? It’s just an absurd policy to apply this way. Delta completely bungled this situation.”

So, again, we encourage you not to itch your head while you are on a plane. It is one of our goals to spread lice education to prevent this from ever happening to a family again. It might be a good idea to call us before a trip so we can give you a head check and possible treatment. Give us a call! (502) 804-5423