“A Disturbing new study has linked a common chemical found in head lice treatments to behavioral difficulties in children.” 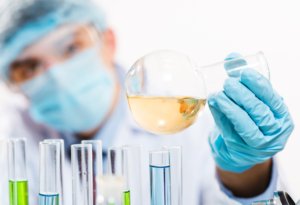 Yahoo recently released an article based on a study published in the journal Occupational & Environmental Medicine, which reports on some shocking data. Their research found that children who had higher levels of certain pyrethroids — which are synthetic chemicals used in insecticides such as many head lice treatments — in their system were more likely to display abnormal behaviors at age 6 than those who don’t.

How Do Pyrethroids Work?

Pyrethroids work to kill insects by damaging their nerves. Scientists asked the question, if they can damage the nerves in insects, can they harm children as well? Many children have been exposed to pyrethroids because permethrin, an active ingredient in popular drugstore lice treatments, is a pyethroid. This study was important in determining if parents should stop using over-the-counter head lice treatments.

The researchers measured pyrethroid metabolites in the urine of women in the early stages of pregnancy, and later, in their 6-year-old children to see if there was a link between being exposed to the chemical in utero and childhood, and behavior that could suggest neurodevelopmental damage.

Three of the pyrethroid metabolites showed up most often in the urine of mothers and their children: trans-DCCA, cis-DBCA, and cis-DCCA. Mothers with higher levels of cis-DCCA in their urine during pregnancy were more likely to have children with a higher risk of internalizing behaviors. Higher levels of another metabolite, 3-PBA, in children’s urine was linked with a higher risk of externalizing behaviors. In essence, children with the highest levels of metabolites in their urine were three times more likely to have abnormal behavior than those with lower levels. In conclusion, those who conducted the study concluded that pyrethroids might alter neurochemical signaling in the brain.

This means that a chemical found in many over-the-counter lice treatments has been found to cause harmful or abnormal effects in children. We would like all parents to be aware of this study before turning to such treatments, which have also been reported to be ineffective in this day and age of super lice.

You may feel like you’re at an impossible cross road after learning this information but we happen to have a lice treatment that doesn’t contain any harmful chemicals at all. In fact, our AirAllé® uses nothing other than controlled, heated air to dehydrate lice and eggs, and our topical rinse is completely safe. So, don’t risk putting your child at risk by using chemical-filled products. Give us a call if you need advice or have questions about the head lice process.

Super Lice Are Taking Over

Beware Of The Selfie
Scroll to top