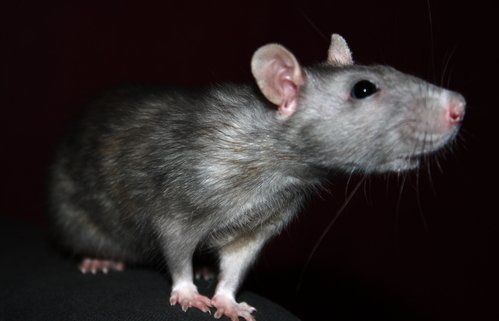 The Black Death Plague will forever go down in history books as one of the most deadly and horrific events of human existence. The effects of whole countries and societies by the illness that wiped out sometimes two thirds of a population were devastating. For this reason scientists have long sought the source of the problem, how it spread so rampantly and how it can be prevented in the future.

What is the Black Death Plague?

The Black Death Plague is a Bubonic Plague, the most common form of plague in humans, with symptoms that include fever, nausea, delirium, and the formation of buboes. The bacteria, Yersinia pestis, enters the bloodstream and collects in the victims lymph nodes throughout the body. As the infection builds large, painful boils, or buboes, are evident. These can become swollen and inflamed leaving black traces on the skin, hence the name the Black Death Plague. The patient has anywhere from 12 hours to 7 days to live once these signs start to occur without any treatment.

When Did the Black Death Outbreaks Occur?

Three major outbreaks of this serious illness have gone down in history. The first occurrence was in the 1330’s when cargo ships came across the Black Sea into western Europe carrying not only goods, but ship loads of sick and dying men. As they unloaded the boats they realized the infection the men suffered from was highly contagious and had already started to spread to shore communities. It would wipe out about half of the population and caused thousands of others to flee the land in hopes of escaping death. In this century over 100 million people were said to have died.  The second plague outbreak was in Britain during the 1660’s where it is believed Dutch trading ships carrying bales of rat infested cotton from Amsterdam causing the initial reaction. This would be the worst outbreak to ever hit England, killing over one third of their population. Thirdly, Asia was struck with a Black Death pandemic in the 1890’s.  This is thought to have been carried there by rats from world trading ships that harbored sick passengers and infested fleas that lived on rats on the cargo ships. This pandemic would kill over 12 million people in both India and China before it was over.

Ultimately Lice and Fleas, Not Rats the Main Carriers of Black Plague.

The concept of hygiene and sanitation was not common in the streets and sewage systems during these periods of history, and rats living among humans carried parasites that quickly spread this transmissible disease. It has now been recognized by recent scientific studies that lice and fleas were actually  much more capable to such a wide spread, and rapid movement of the bacteria from person to person. Rats and their infested fleas were still quite part of the problem, however, rats alone would not have been able to cause such mayhem. Research also suggests that no large amounts of rats were evidently dying at an increased rate at the same time the plagues killed so much of the human population. Therefore, scientists have concluded that lice and fleas are a much more likely culprit for the pandemics.

It is easy to believe that such excruciating illness could not possibly be still affecting people in our day. That is simply not true. Especially in areas of the world were healthy sanitation and sewage is continually a hurdle to overcome, plagues such as this still continue to take lives. In October of 2017 an outbreak occurred in Madagascar, taking the lives of 57 and hospitalizing over 500. Scientists are working harder to understand the reason for these breakouts and world health organizations work to deliver the medical care needed to save lives.